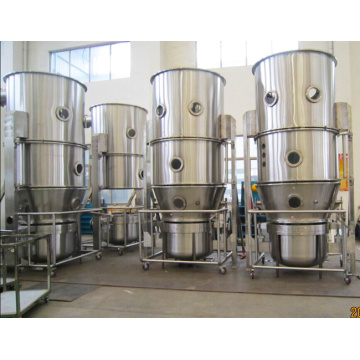 Granule for Tablet Granulator Characteristics:
1. Granule Granulator Machine (Vertical Granulating Machine) have highly polished inner and outer surfaces of the barrel, no dead comer, easy to discharge materials, easy to clear, no cross contamination. Granule for Tablet Granulator is confined to the requirement of GMP.
2. Control system of Granule for Tablet Granulating Machine has more choices, such as push button , HMI+PLC and so on.
3. The feeding system for this mixer can be by manual or pneumatic conveyor or vacuum feeder or screw feeder and so on
4. Machine materials : AISISUS304 , AISISUS316L, and other material .
5. For the electrical component , we mainly use international brand such as ABB ,Siemens or Schneider.
6. The flow ability is improved and the dust is reduced, because of Granulator. Because of powder

Granulating, its solubility is improved,Mixing, Granulator and drying processes are completed in one step inside the machine.

7.The operation is safe because the anti-static filter cloth adopted.

8. It's safe for operator if explosion take place, because explosion device is adopted.

9. The loading and unloading are quick, light and clean, meet the requirements of GMP.

The powder granule in vessel (fluid bed) appears in the state of fluidization. It is preheated and mixed with clean and heated air. At the same time the solution of adhesive is sprayed into the container. It makes the particles become granulating that contains adhesive. Being of unceasing dry through hot air, the moisture in the granulating is evaporated. The process is carried out continuously. Finally it forms ideal, uniform and porous granules. 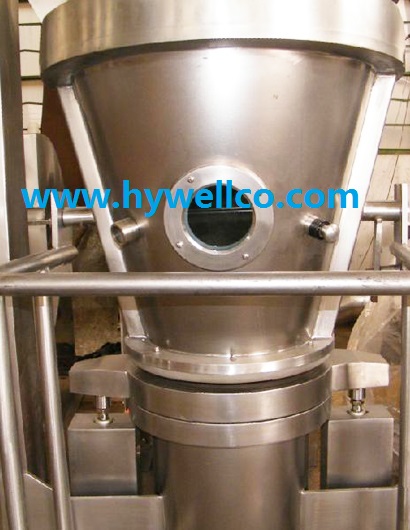